The most innovative therapies against cancer

The most innovative therapies against cancer 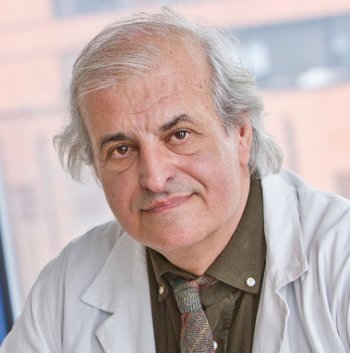 On February 4th it is internationally celebrated the Day against cancer. Which are nowadays the most promising innovative therapies?

In the last years, research has shown that new strategies against cancer can be used, especially those related to precision medicine. Certainly biological drugs are demonstrating their efficiency. They are molecules that can strike special molecular receptors present on the tumour cells conducting in the clinic the concept of "target" therapy. Other innovative drugs are those that can prevent the development of capillary vessels able to feed the tumour, damaging surrounding organs, in the process of angiogenesis. Immunologic therapy is an ever growing sector. There are other drugs that may intervene to fight against the formation and proliferation of tumour cells. These drugs would also reinforce the immune system, stimulating the action of the normal cells, already present in the body, in order to attack and destroy the tumour cells. Another method undergoing a substantial development is the one related to nanomaterials, that is, microscopic vectors that take for instance chemotherapy drugs to a specific destination, namely the tumour cells.

Which are the most recent research advances and what must be done to give them more support?

With the technology available today, we can know at a genetic and molecular level what happens in our body even before cancer occurs. In this way you can study which genes, being in favourable conditions, may induce the formation of various types of tumours. In the same way, it is possible to know how the tumour or a healthy tissue responds to the therapy by identifying specific biomolecular markers. Research always requires accurate experimentation, possible today only if the entire organisation works like a network, to create sufficient critical mass and numerically substantial case stories that can be analysed using modern computer-based methods.

Hadrontherapy that uses protons and carbon ions to attack cancer cells is a relatively new therapy that took root in Japan twenty years ago and today it is spreading through Italy as well, with good results. How it works and why it is efficient?

NIRS the Japanese hadrontherapy centre near Tokyo, began to treat oncological patients with carbon ions in the 1990s. By the end of 2015, more than 150000 patients in the world had been treated applying hadrontherapy. To date, there are other 50 centres that use hadrons, mostly protons, all over the world. In Italy the National Center of Oncological Hadrontherapy (CNAO) of Padua has a powerful particle accelerator, similar in concept to the one at CERN in Geneva, with the capacity to accelerate both protons and carbon ions. We started treating patients in 2011.

Hadrontherapy is a radiotherapy technique that uses heavy particles- mainly protons and carbon ions instead of X rays- to attack tumour cells. Hadrons are obtained thanks to an acceleration ring, the synchrotron, a very powerful equipment. Thanks to the physical properties of hadrons, energy can be accurately deposited into the target tumours. Carbon ions add a three-fold biological efficiency to this ballistic feature, which defeats the resistance to traditional radiation that some types of tumours show. Tumours detected at difficult locations, surrounded by particularly radio-sensitive organs, like the ocular melanoma, skull base and spine chordomas, and solid tumours in children can be cured with hadrontherapy as well as the most radio-resistant tumours such as the ones in the salivary glands, pancreas, and the sarcomas that can be treated with carbon ions.

To date at CNAO, we have treated around 1200 oncological patients, with excellent results in terms of control of the disease and tolerance to treatment.