The importance of vaccines in children

The importance of vaccines in children 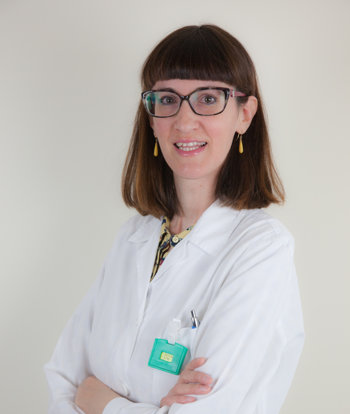 In Italy vaccination on children is decreasing. Why is it so important for little children to be vaccinated?

Every children, even breastfed babies, must receive the complete cycle of vaccines provided by the vaccination schedule. Vaccination is the result of almost two centuries of scientific progress and still today it represents the safest and most effective way to be protected against potentially fatal diseases. Using the natural defence mechanisms of our body, vaccines stimulate the immune system as if it were a real infection, while avoiding the appearance of complications that may derive from the vaccine.

It has been proved that vaccinated children have a notably inferior probability to contract an illness such as, for example, measles. Therefore, as serious complications are extremely rare, the benefits of vaccines are much greater than leaving a child without the right to be protected by vaccines provided by our National Health System to every citizens.

After all, the higher the quantity of people vaccinated, the lower the possibility of any infection to be spread in a community: it is the one that in jargon is defined as herd immunity and in this way smallpox was definitely eradicated. A very similar battle that is being fought and won against poliomyelitis, a serious infantile paralysis easily prevented thanks to a vaccine: it is today something that we can easily get and this is so thanks to the joint efforts of the World Health Organisation, UNICEF and individual states.

It is important to remember that the diseases that can be prevented with vaccines can be fatal o can lead to permanent damages o complications, namely polio paralysis, or liver injuries and in some cases, liver tumours after the infection of the hepatitis B virus. Even rubella, during pregnancy, can cause serious birth defects to the unborn child. Vaccines are one of the most important advances in science: to cast a doubt on their value and, especially its safety, is something serious and it has a concrete consequences on the most fragile sector of the population, children and the elders.

Where does all this battle against vaccines come from and how is it won?

The anti-vaccination movements were born at the very same the concept of vaccination arouse. Already in the first years of the 19th century, a little after the introduction of the first vaccine against smallpox elaborated by English scientist Edward Jenner, based on the illness that affected cows, satirical vignettes depicted half-human, half-cows hybrids. Notwithstanding, at that time smallpox affected many people, the diffusion of the first rudimentary vaccine had many opponents.

At it is the case today, the basis for this opposition is misinformation. Not understanding the dynamics of a disease and its potential prevention lead people to face the problem as if it were something related to faith: you believe it or not. When the protection of the most precious good - your health and that of your loved ones- is at stake, emotions difficult to hide finally emerge. So, some people fear - mistakenly - the side effects of the vaccines rather than the disease itself. This is because, thanks to mass vaccination, we have not been exposed to the devastating damage caused by these diseases in the bodies of millions of people. No matter how much data and statistics are revealed as regards rare complications, some of us will perceive them as a real danger. Another issue is related to the false cause-effect correlation between the vaccines and autism: science has demonstrated that there is not any connection between these two events, as it was a fraudulent hypothesis shown in a study - later withdrawn - by former English doctor Andrew Wakefield. Unfortunately, once you find the way in the Net, fake news are widespread in websites that are managed by unscrupulous people with doubtful authority. The loss of confidence in the so-called official systemanimates many sectors of the public life, especially after an international scandal, and feed the doubts towards Health Institutions and the companies producers of vaccines. Scepticism ends up besmirching the demonstrated scientific validity of vaccines as a fundamental tool of protection of the World Public Health. So, how can you set up a collective debate, calm and constructive that avoids causing a further drop in the vaccination coverage? By starting to inform citizens and consolidating the indispensable confidence among doctors, institutions and citizens.

Is it true that prevention in children is also a weapon against cancer?