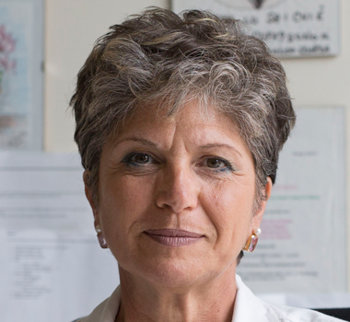 How does being diagnosed with cancer affect patients' sex life? What can an oncologist do in these cases?

When a person is diagnosed with cancer, he/she lives a crisis that may compromise the existential value and his/her life projects.

The diagnose can also interfere in the interpersonal relations. Unjustified feelings, such as shame and inappropriateness, can lead to the fear of not being accepted by his/her partner. This is caused because the body shows evident signs of an intervention that, as a consequence, may make the sexual desire to be diminished.

The surgical interventions or the effects of radiotherapy may make the patient (woman or man) to feel less desirable, as well as the change in the hormonal aspect, in case of patients that undergo hormone therapy, may strongly change the sexual life.

The patient must have accurate information related to his/her sexuality before undergoing any type of therapy.

The ability of the doctor to become confident, can help the patient overcome such problems and transform the crisis related to cancer into a personal growth opportunity.

Which can be the effects of the oncological therapy on the feminine and masculine sexual organs? How can sexual life be recovered after treatment?

In men the erectile dysfunction (post-surgical) is generally produced by damage to the nerves that irrigate the corpus cavernosum penis that, together with uncertainty, stress, fear of failure and mournful feelings, may make it difficult to have an erection.

In the treatment of prostate tumour, the side effect of total antiandrogen blockade (hormone therapy) is that desire decreases and there are erection problems.

These contraindications can be alleviated by using drugs that induce erection increasing in this way the irrigation of blood to the penis. It should be emphasised that modern surgical therapies increasingly aim at the preservation of fertility or in any case, guarantee recovery in time.

In the case of women, breast and ovary cancer, apart from modifying the self-perception, it also affects intimacy and sex life, it often leads to the renunciation to motherhood due to an early menopause induced by the surgical and/or chemotherapy treatments.

Today, reconstructive surgery after a total mastectomy (complete removal of the breast) or a quadrantectomy (removal of one quarter of breast tissue) is considered an integral part of the treatment. Thanks to the numerous studies during the last years by the school of Prof. Veronesi, there is a possibility for this type of intervention to be reimbursed by the National Health System.

Is prostate cancer treated at CNAO? Does hadrontherapy have side effects?

Yes, at CNAO there are treatments for prostate cancer defined as "high-risk". The protocol follows the prescriptions of the NIRS (National Institute of Radiological Sciences) in Chiba, Japan that has treated many patients with successful results. The protocol consists of two months of hormone therapy, followed by hadrontherapy with carbon ions, 16 sessions, four per week. The absence of acute toxicity highlights this treatment.

Hadrontherapy does not affect the sexual functions due to the spacial selectivity that saves most nervous structures. It is because of these characteristics and thanks to the high chances of keeping the hormonal and generative function, that hadrontherapy is indicated for all those neoplasms developed in young patients.