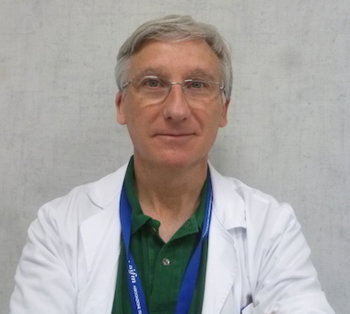 We are used to associating Physics to scientific research and to the pioneering work that the CERN is developing on the particles that are at the origin of the universe. But physics has also had a great impact on medicine and the treatments to cure people. How?

For decades, basic research in physics carried out in the university environment and by large centres like the CERN in Geneva has had great impact on the field of medicine: just think about the invention of the CT scanning, the Magnetic resonance imaging (MRI) and of PET (positron-emitting tomography, where the latter are electrons with positive charge). These are equipments used every day by millions of people around the world for instrumental diagnosis tests. Or simply recall the huge technological progress in the field of cancer treatment, with the development of the linear particle accelerators for radiotherapy, or in the production of radiopharmaceutical drugs increasingly advanced to diagnose and Nuclear Medicine Therapy.

In particular, medical physics, that is physics applied to medicine, plays a leading role in the protection of workers, citizens and of patients from the risks deriving from the use of ionising, optical and electromagnetic radiations. This protection is achieved through the optimisation of radiological practices (with the objectives of improving the quality of the images obtained and to reduce the doses delivered to the patient), and on the radiotherapy treatment planning (through a better conformation of the dose delivered to the tumour target volume and reduction of the dose to the healthy organs and tissues). The medical physicists (graduated in physics and with Specialist Diploma precisely in medical physics) are also in charge of guaranteeing the quality in radiotherapy, radio-diagnosis and nuclear medicine,as well as safety in medicine, e.g. prevention of the risk involving the accidental exposure of patients.

Hadrontherapy is a significant example of physics applied to medicine. How does it work?

Hadrontherapy is an advanced way of radiotherapy that uses heavy particles, protons and carbon ions to accurately target the tumour cells.

At CNAO, as it happens in the modern centre of radiotherapy, the tumour is defined and located in relation to the anatomy of the patient by means of the use of three-dimensional, morphological and functional images obtained from CT, MR and PET equipments. The images are sent to a planning system of treatment, that allows the elaboration of the best treatment plan according to the patients' need. The treatment consists on the radiation on the tumour target volume by means of scanned beams of high-energy protons and carbon ions. It is like cutting the tumour in slices: each of them is accurately hit by a beam of a specific energy, that deposits here the greatest part of its energy (thanks to the so-called Bragg peak, used to deposit the dose of hadrons). For each slice, the thin beam is very quickly targeted in the whole area of the tumour, thanks to the action of the scanning magnets (similar to big loadstones). In this way, within a few minutes a very high, well-conformed radiation dose can be sent to the tumour target volume while sparing the surrounding critic tissues and organs.

At CNAO there is a medical physics unit, inside the medical department, in charge of the networking activities and routine quality control of the equipment used in the different stages of the treatment with the beams of protons and carbon ions produced by our synchrotron. We work hand-in-hand everyday with the medical staff in the development and verification of the most convenient treatment planning for each of the patients that have to undergo a hadrontherapy treatment. We are also pioneers in the development of new techniques, as it was recently the case for the treatments of mobile injuries (pancreas, liver) which require appropriate handling of the effects caused by the organs motion, caused by breathing, or in the case of the treatment for ocular melanoma, a scanned beam of protons.

Which are the ongoing innovative projects?

CNAO works successfully and closely with various Italian and foreign Universities, the INFN (National Institute for Nuclear Physics), other hadrontherapy centres like Heidelberg in Germany and NIRS in Chiba, Japan, with the aim of developing cutting edge therapeutic strategies and research projects. For example, we are currently collaborating with the INFN in an ambitious project related to real-time dosimetry monitoring of the treatment, thanks to the accurate effective range determination (path) of the particles in the patient's tissues: this will be done by developing a PET equipment with a dual-head system with a particle tracking system, which will be installed in the treatment rooms and will be able to detect the secondary radiations produced by the interaction of the beam with the tissues of the patients and the ones emerging from the patient.

We also have other ongoing projects with the Bio-Engineering Department of the Polytechnic University of Milan. This project will be developed in the area of robotic systems for the patient positioning and to analyse its installation in the treatment room, as well as the on-line verification systems regarding the fixation of the patients vision during ocular treatments.

Finally, I would like to refer to the project about the radiobiological characterisation of our carbon ions beams, which involves the medical physics Unit and the research group on the stimulations with Monte Carlo method, the Medical Department, the NIRS of Chiba and the University of Bergen (Norway).