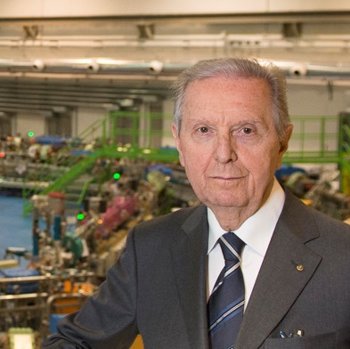 Hadrontherapy has been included in the new Basic Benefit Package (LEA in Italian) as established by the provisions recently signed by the Italian Minister of Public Health. What is different for Italian patients?

It is an excellent piece of news: all patients will have direct access to hadrontherapy without incurring any treatment costs because all costs will be covered by the National Health System. It is encouraging because hadrontherapy is the best treatment for many surgically inoperable tumours or tumours that do not respond to traditional X-ray therapy.

We still have to wait for the new LEAs to be operative next year, after the agreement is signed by the Chairman of the Board and the Minister of Economy, and then published in the Official Journal.

What type of tumours are we talking about?

Among the tumours we normally treat at CNAO and that are included in the LEAs we can enumerate the chordomas and chondrosarcomas of the skull base, tumours in the brain stem and the spinal cord, sarcomas of the cervical-cephalic region, osteosarcoma, intracranial meningiomas, ocular melanomas and tumours that affect the area of the eye, adenoid cystic carcinoma of the secretory glands, and paediatric solid tumours.

However, the new LEAs do not include all the tumours that can be cured today with hadrontherapy. We keep on working with the institution to be able to spread more and more the use of this therapy in the types of tumours for which it has been proved to be effective.

The year 2016 brought very good news. Which are they?

In addition to the new LEAs I am glad to mention that in September, CNAO received from the Istituto Superiore di Sanità (ISS) the CE marking for the accelerator of particles that generates the beams of protons and carbon ions with which we attack tumour cells.

The CE marking certifies that our accelerator is safe and suitable not only to treat tumours that will be included in the LEAs but also to treat new pathologies for which hadrontherapy might be suited, such as pancreas cancer, oesophagus cancer, pulmonary cancer, brain cancer in young adults and gynaecological cancer.

From the start of CNAO's clinical activities so far, more than 1000 patients have been treated. Taking into account that the observation period is usually short, we can say that the results are positive and in line with expectations. On average, 80% of the tumours treated are controlled and in remission. Today these patients are fine.

Which are the objectives for the following year?

In 2017 we want to promote the power of hadrontherapy even more. Communication will strengthen the relationship with doctors and the scientific associations for a better and focused selection of the patients chosen for hadrontherapy.

We want to further foster scientific research and the collaborative works with the Universities that are already showing very good results. In these days, for example, at CNAO we conducted the first test of a monitoring system that describes in detail, in real time, what happens in the patients exactly at the moment when they are undergoing a session of hadrontherapy. The system, which has been named INSIDE ( "Innovative Solution for Dosimetry in Hadrontherapy"), aims to make hadrontherapy become more effective, safer and more accurate. The project has been developed thanks to a joint work between CNAO and the University of Pisa, the University of Turin and the Sapienza University of Rome, Politecnico di Bari, and the National Institute for Nuclear Physics (INFN).